The BRL master plan for Ballymun plan included the replace of all the slab blocks but it did not include the refurbishment of any of the 2 story housing.  Termon Court was a master plan initiative to upgrade some of these areas.

Like other places in Dublin the Poppintree Courts had separate pedestrian zones and traffic zones.  The pedestrian zones were impossible to police and were a magnet for anti-social activity and most of them had been closed off.  The idea of this project was to open up the courtyards so that they became open cul-de-sacs and develop new housing on the traffic zones and waste open space to make normal street frontages.

The scheme used innovative house types and retrofitted the existing houses.  There were options on how the residents would like to use the cul-de-sacs and there was the possibility of having neighbours, friends and family being located in the same area. 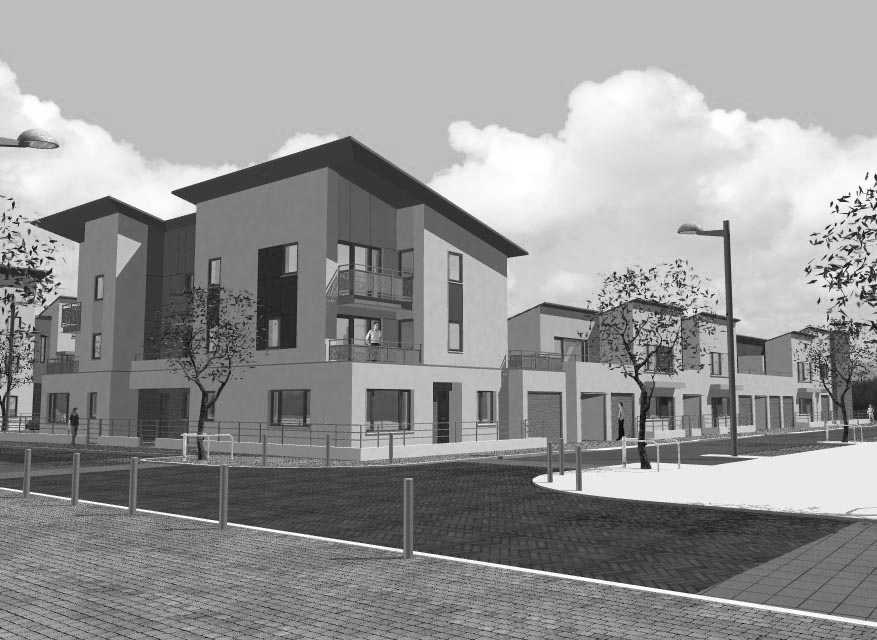 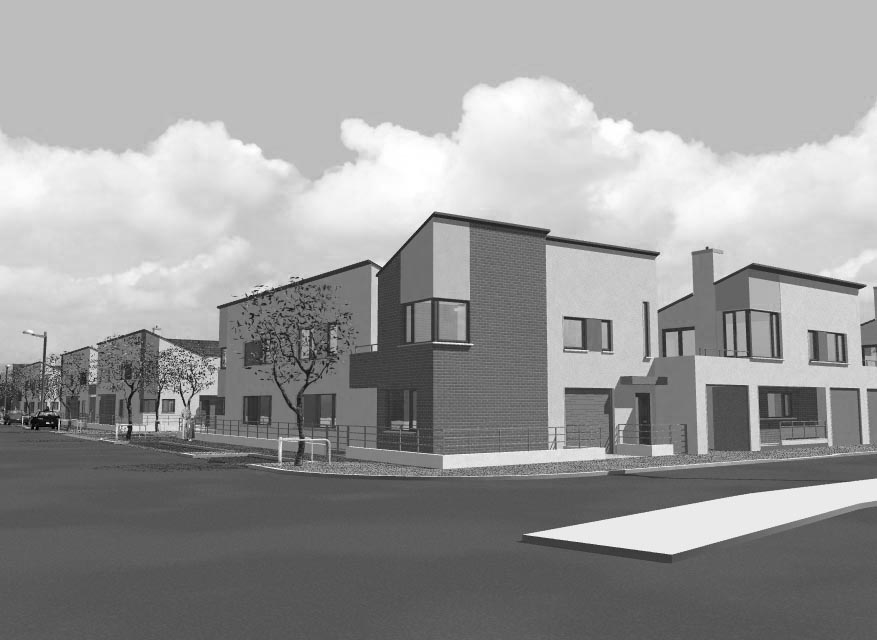 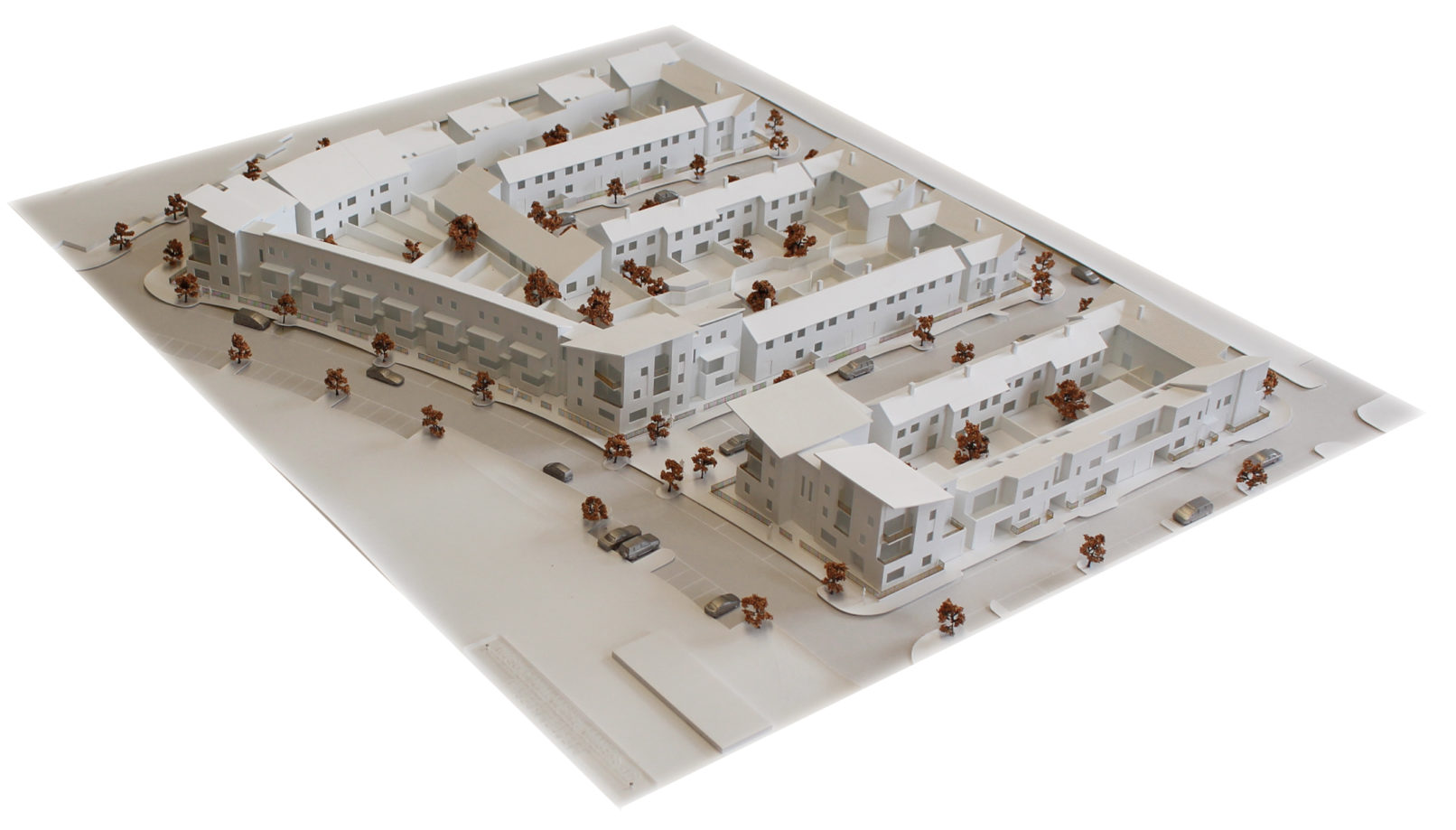 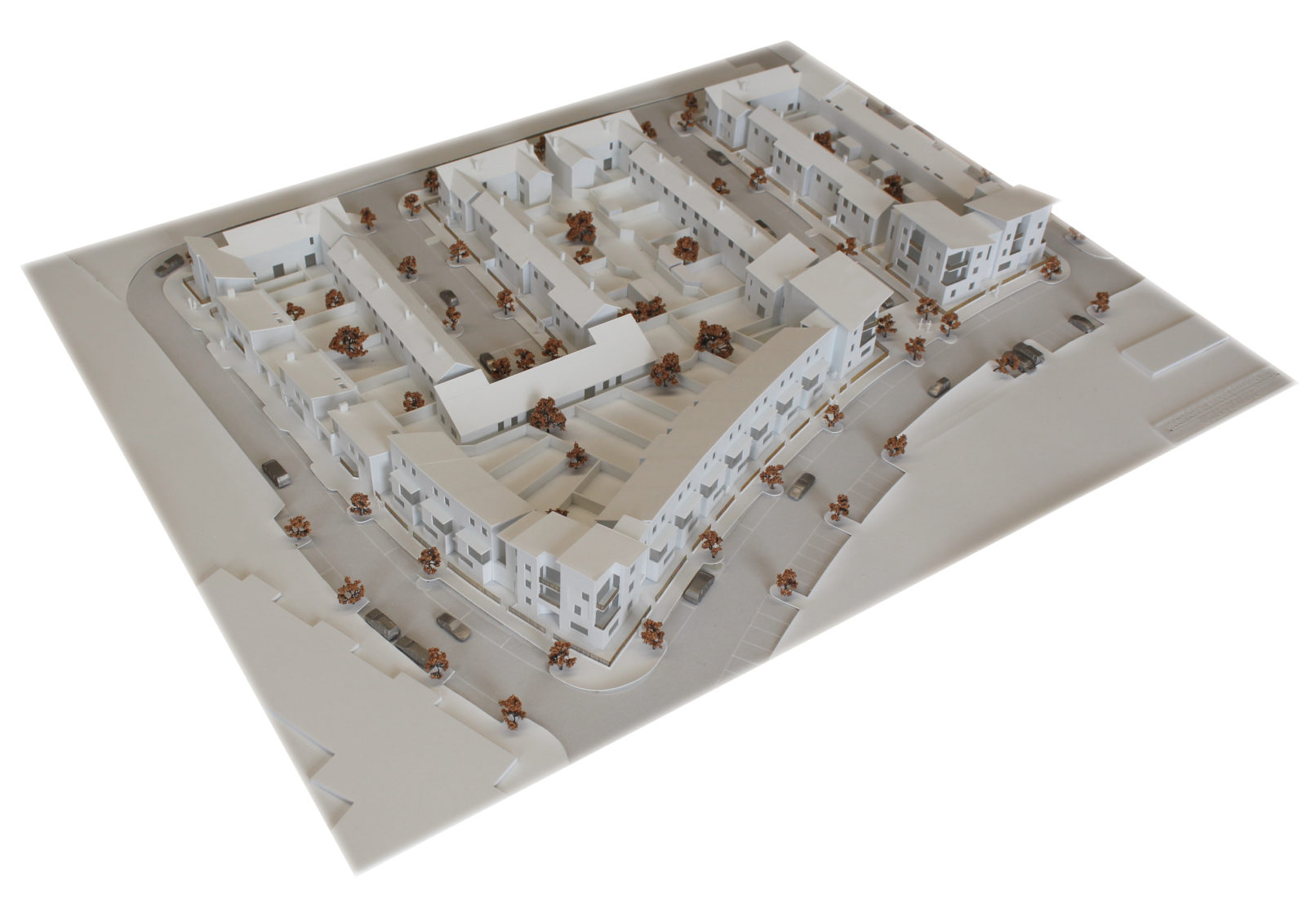